Union Square is a location with unique history and bold vision 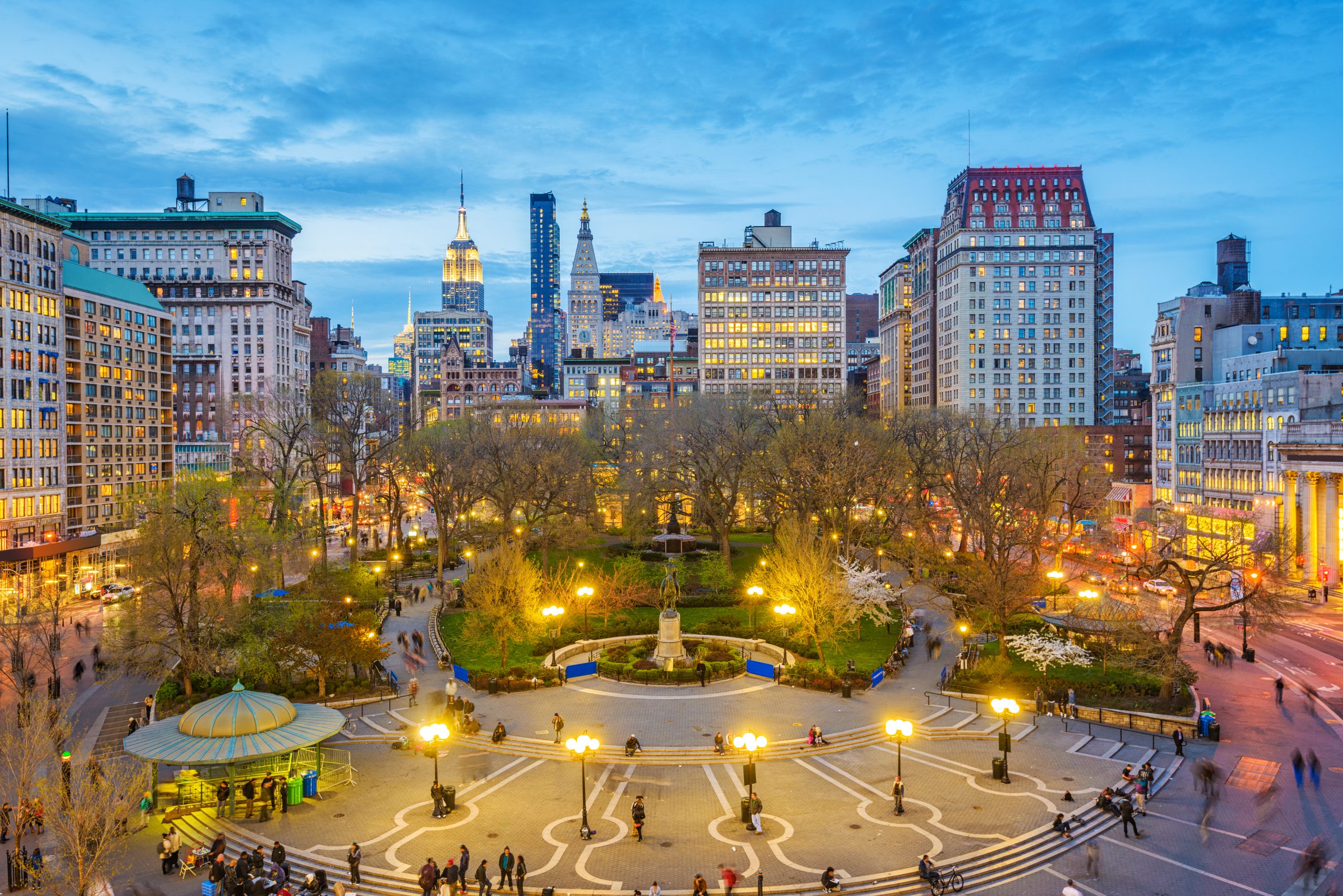 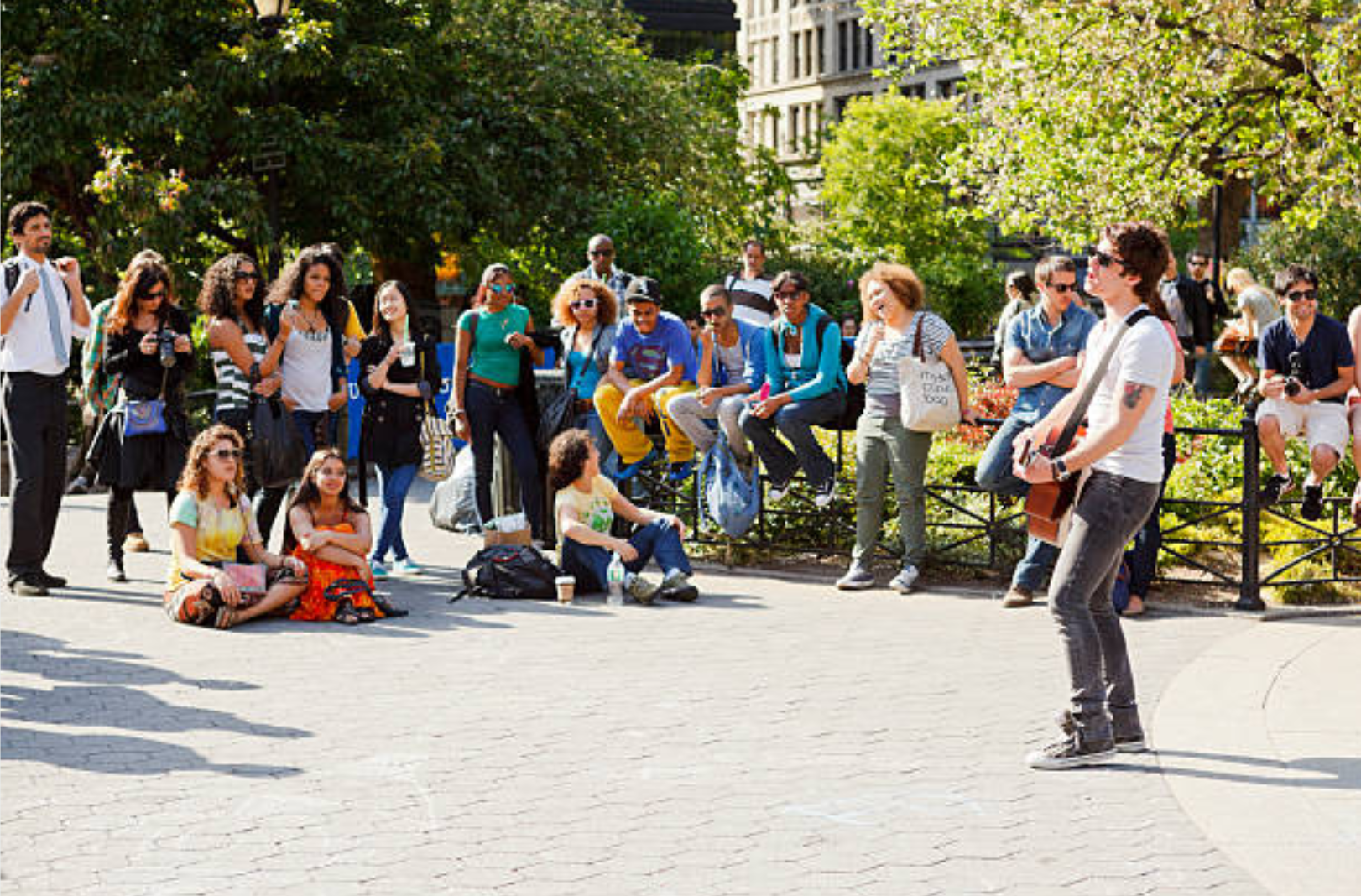 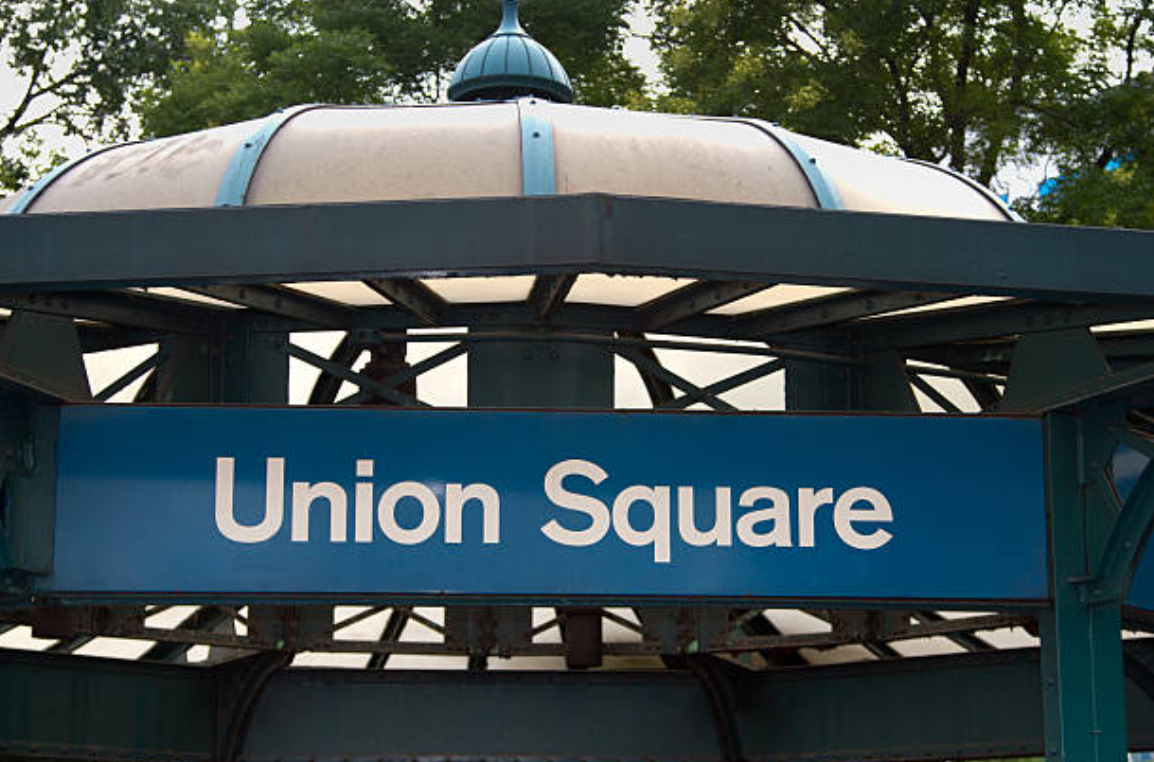 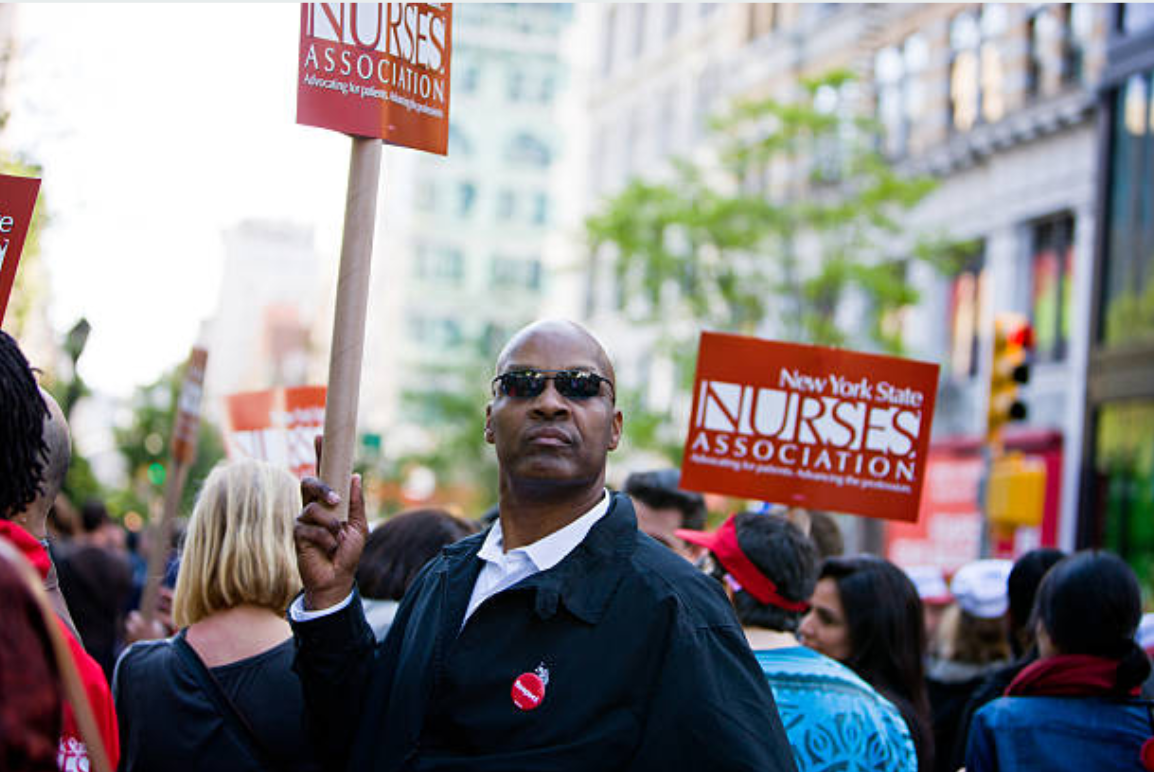 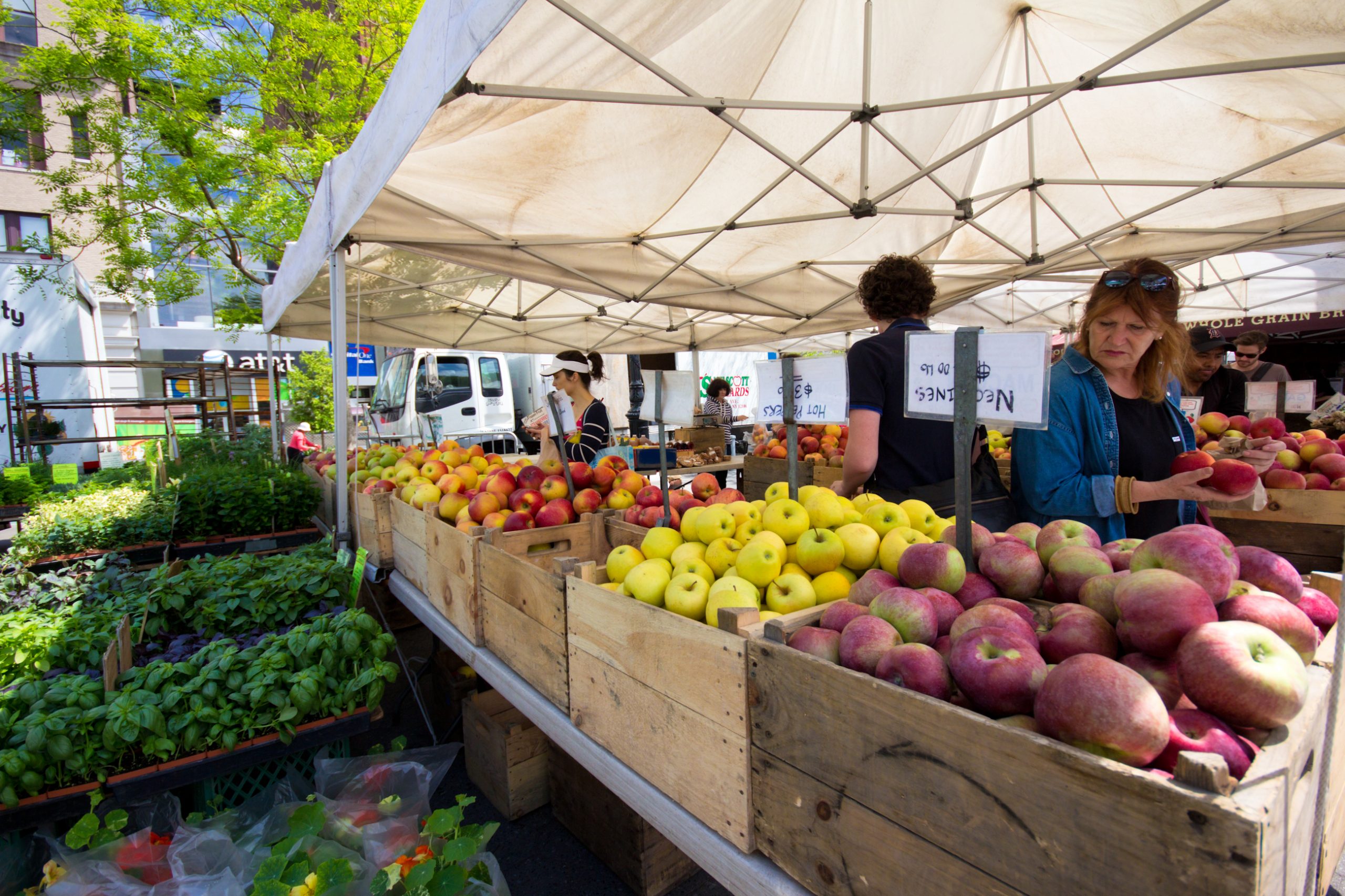 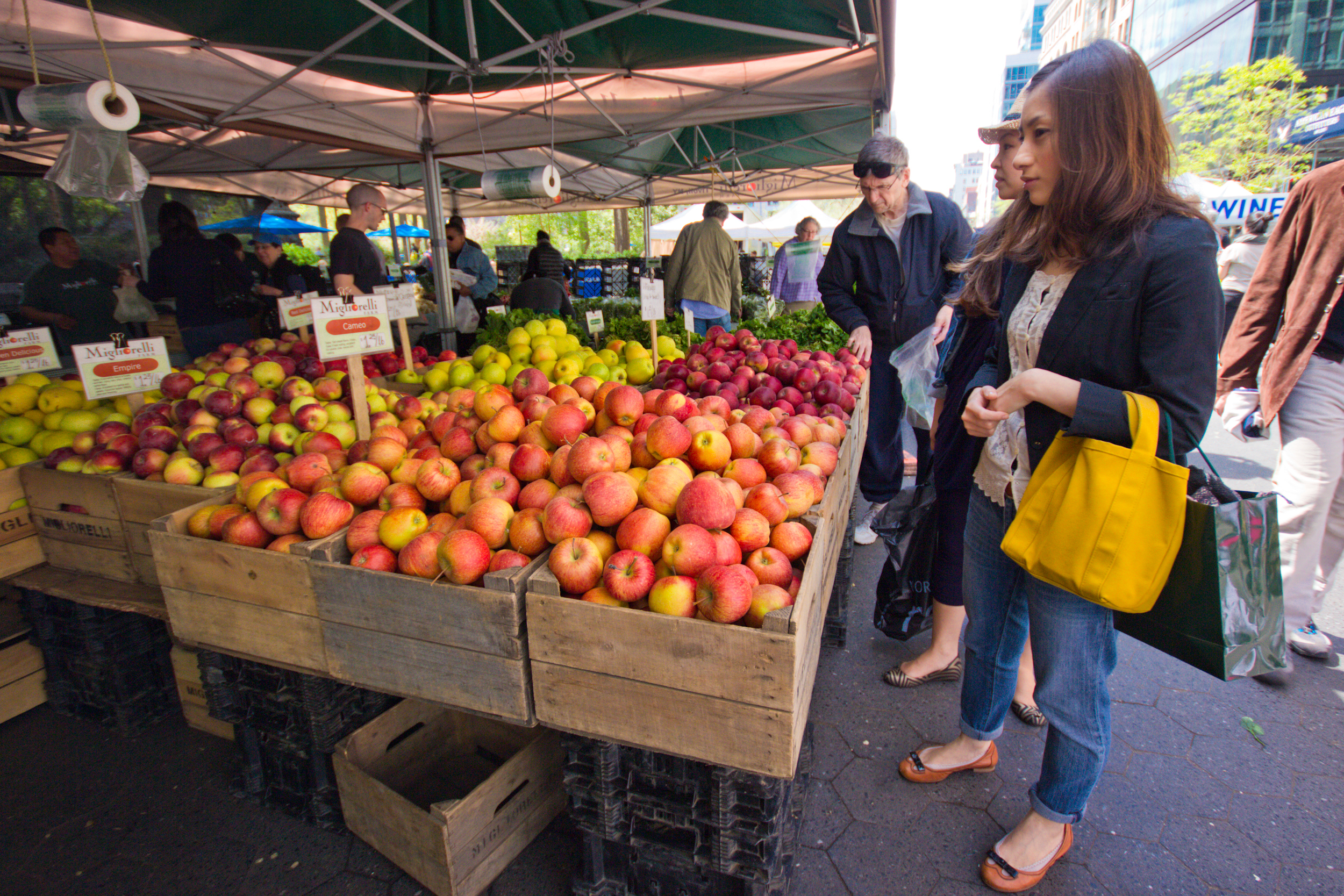 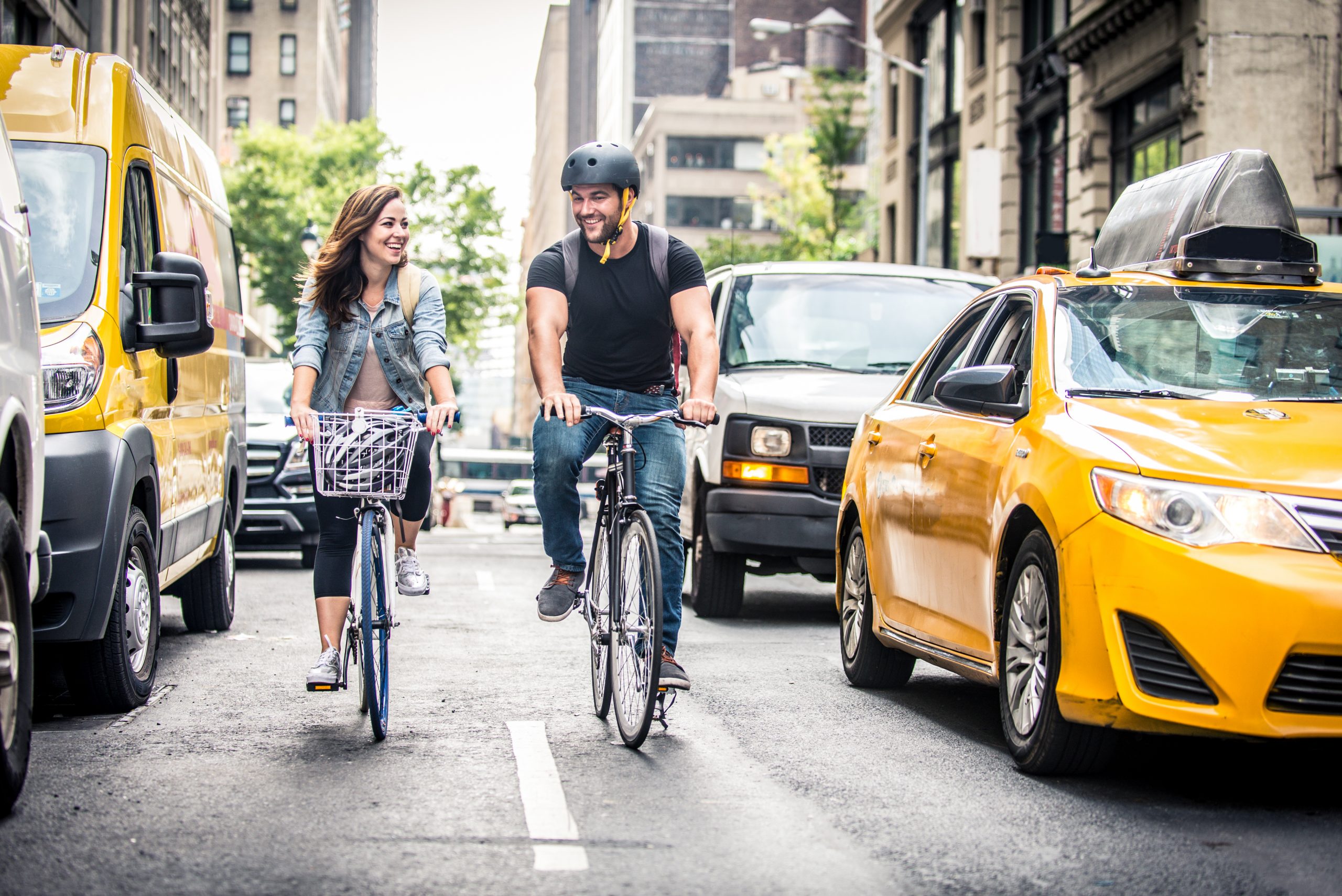 At the corner of Park Ave. South and East 17th St., our building is the iconic northeast anchor to Union Square Park, one of New York City’s most vibrant & historic centers.

Union Square is one of NYC’s true 24/7 mixed-use neighborhoods, where business and office patrons complement a significant residential and student population. Supported by a robust network of transportation options, there is a concentration of unique shopping, dining, and community and cultural offerings – including the world famous Greenmarket and Holiday Market. The crown jewel of this area of New York City, Union Square Park, continues to drive foot traffic to the area and provide both respite and engaging activities for those who live, work, and visit here.

In the 1800s, Union Square emerged as a center for entertainment, commerce and political activism. By 1997, Union Square park had been declared an official National Historic Landmark

Originally commissioned by the City to serve as a recreational respite for New Yorkers in the early 1800s, Union Square Park was officially deemed a public park in 1833, and redesigned in 1839 to resemble the elegant park squares in London.  A large fountain graced the center and an iron fence circled the park’s perimeter.  By the 1850s, the Union Square Park was surrounded by elegant mansions, hotels, stores, banks, theaters, music halls and became a key location for public meetings, political demonstrations, and festivities. In 1872, Frederick Law Olmsted and Calvert Vaux redesigned the park by removing the iron fence, planting hardwood trees, widening the sidewalks, and creating a specific area for meetings and demonstrations.   Union Square became known as a hotbed for political demonstrations and labor union activism. On September 5, 1882, the first Labor Day celebration took place in Union Square Park and a trend that would continue into the early 1900s.   Later that century, the first Earth Day festival was celebrated at Union Square Park on April 22, 1970.   In 1976, Union Square Green Market was created to provide local farmers with a means to sell fresh produce and attract businesses back to the Union Square area. 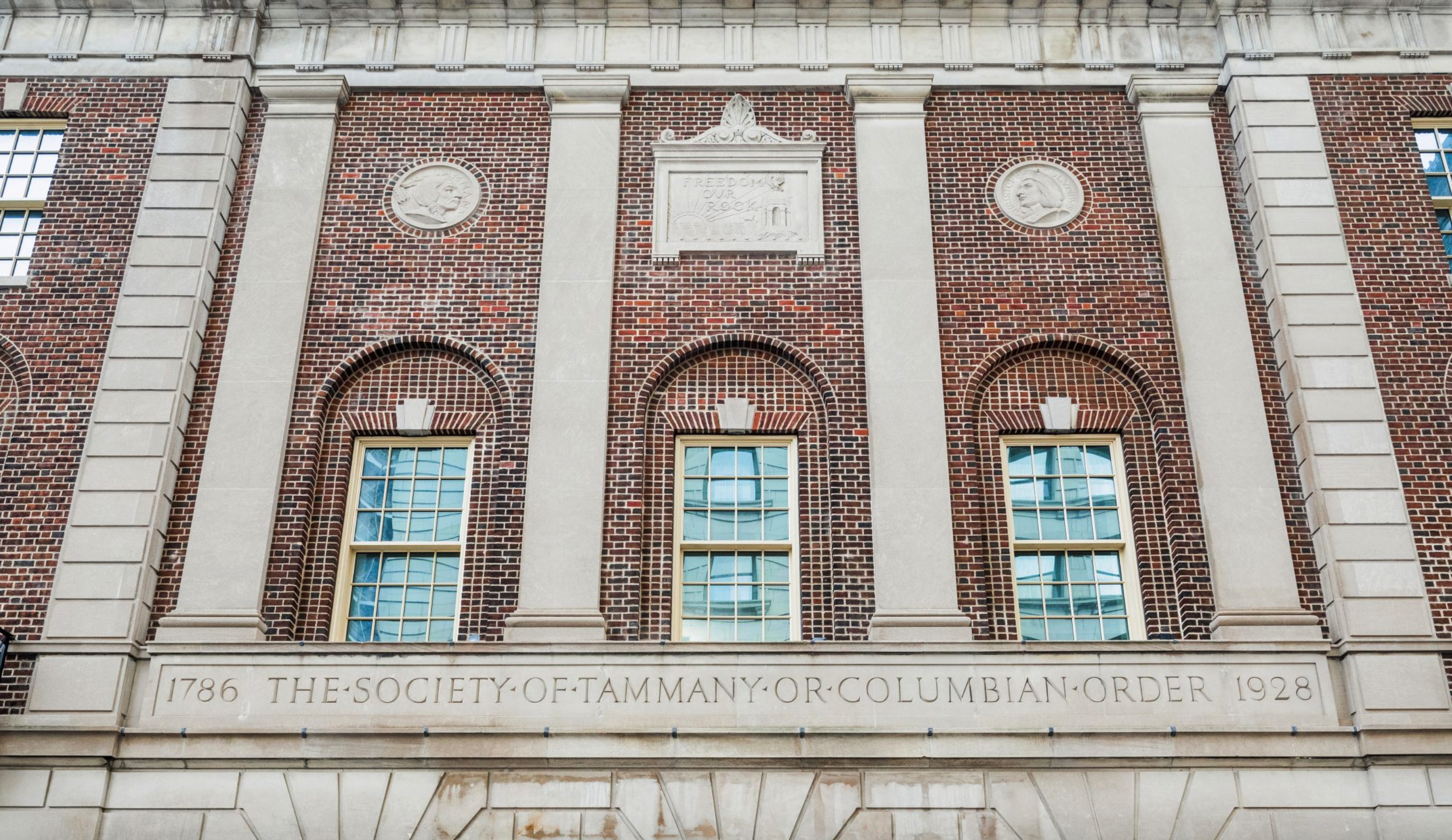 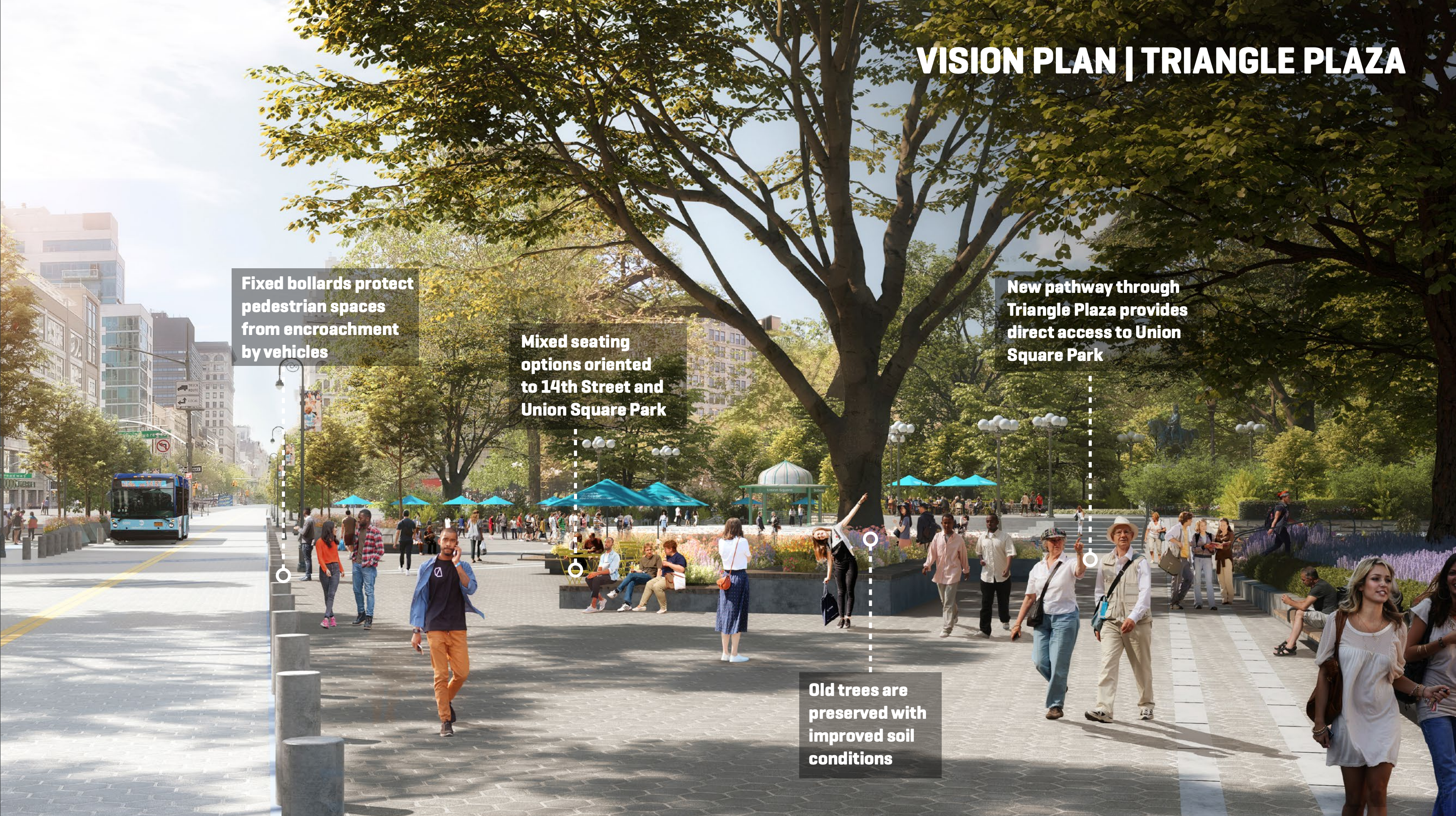 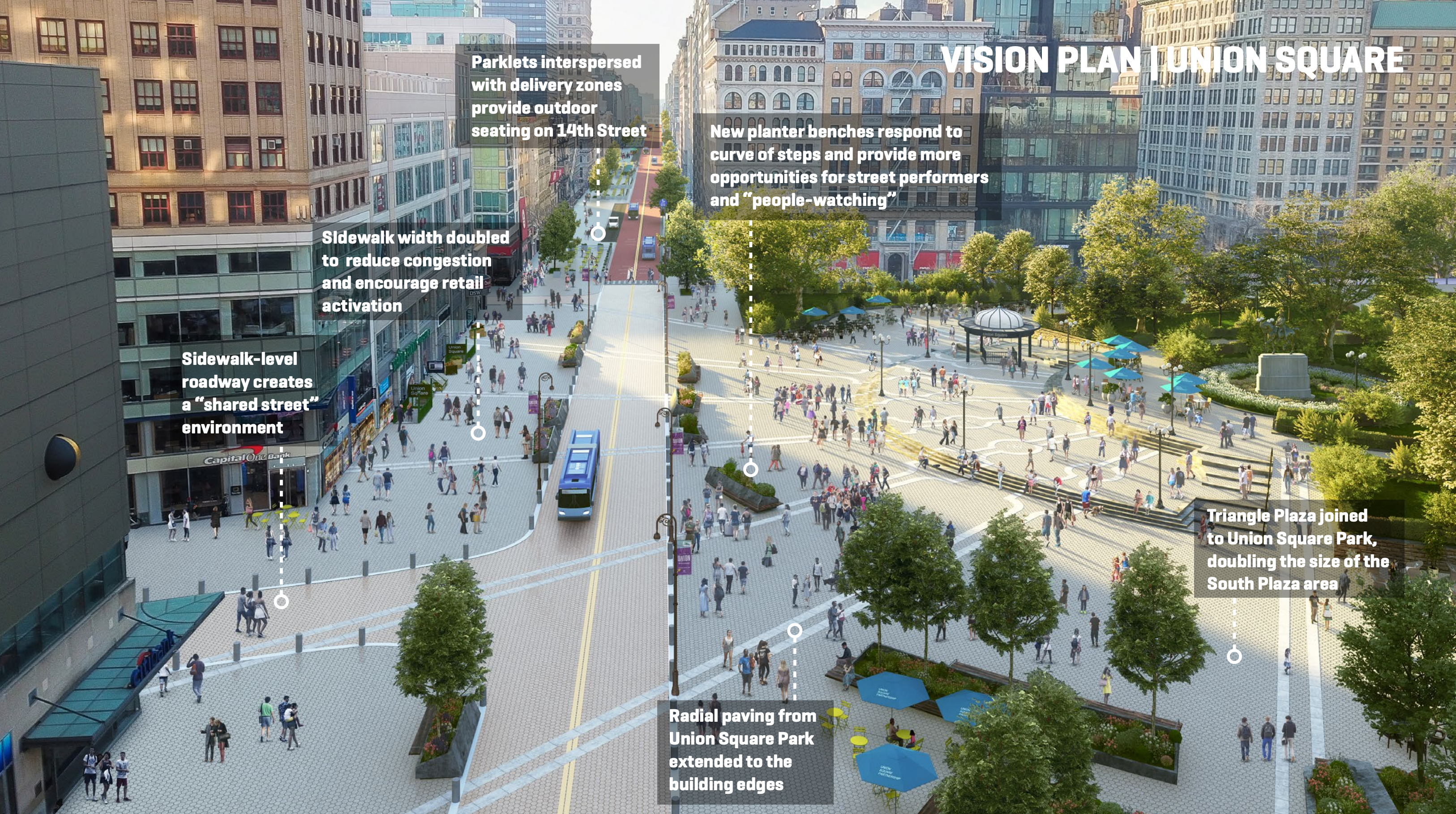 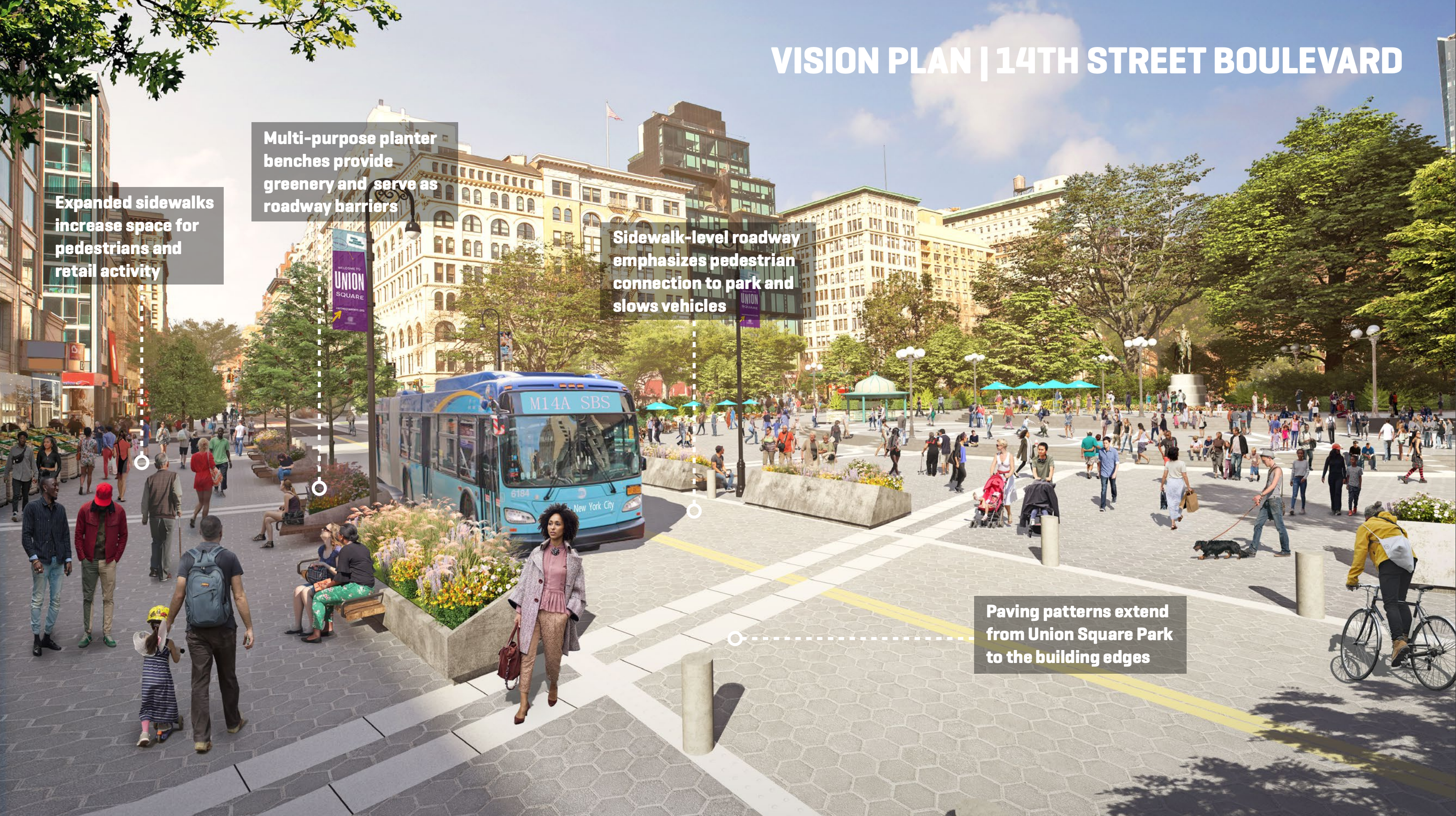 The $100 million, 10 year plan offers a vision for Union Square-14th Street as a pedestrian-friendly nexus of the city, improving connectivity, reclaiming streetscapes, and expanding public open space.   With newly dynamic plaza spaces and innovative new design elements such as integrated planter benches, the new Union Square-14th Street promises to remain an essential gathering space for free expression and an inclusive community space for all New Yorkers.